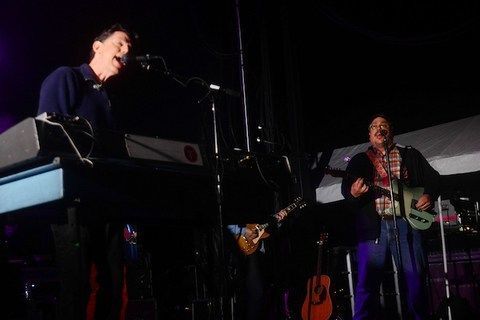 Grammy Award-winning band whose 1st Grammy came in 2002 for the single "Boss of Me," the song played over the opening credits of each episode of Malcolm in the Middle. They won their 2nd for the album Here Come the 123s.

The origins of the band come from both Lincoln, Massachusetts and Brooklyn, New York. They'd become known for their alternative rock music as well as children's music albums.

They Might Be Giants Members
1
John Flansburgh, 62
2
John Linnell, 63