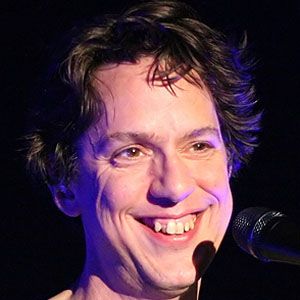 Multi-instrument musician, singer, songwriter, and member of the alternative musical duo, They Might Be Giants, the group known for songs like "Birdhouse in Your Soul."

He briefly studied English at the University of Massachusetts, Amherst before pursuing his music career.

He somewhat came in ninth place in a People Magazine online poll of "The Most Beautiful People of 1998." He responded to the honor with a humorous New York Times op-ed piece.

He and his wife had a son named Henry.

He collaborated with David Byrne on the album Grown Backwards.

John Linnell Is A Member Of