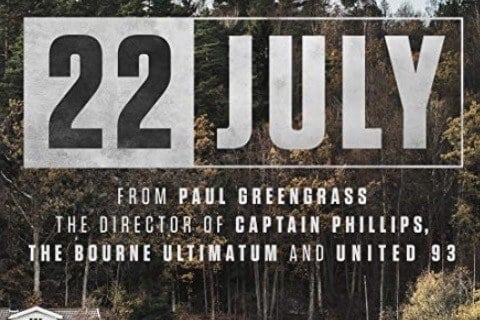 Paul Greengrass film which chronicled Norway's worst terrorist attack as a three-part story. It is based on Åsne Seierstad's book One of Us: The Story of a Massacre in Norway - and Its Aftermath

The movie was produced by Scott Rudin and Eli Bush. It premiered as part of the main competition section of the 75th Venice International Film Festival.