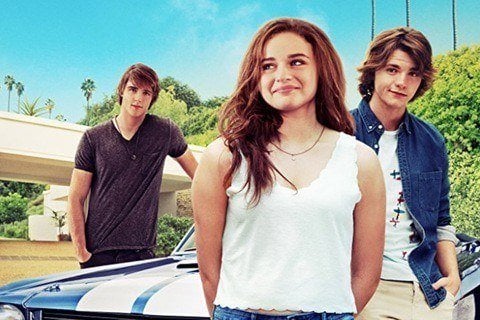 A teenager is forced to confront her secret crush at a kissing booth, which leads to a forbidden romance, risking her relationship with her best friend.

The Netflix original film is based on Beth Reekles' coming-of-age novel of the same name. It spawned a sequel called The Kissing Booth 2. Joey King won a 2019 Kids' Choice Awards for Favorite Actress and the movie was nominated for Favorite Movie.