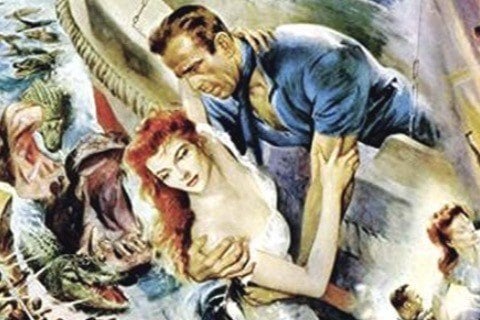 An alcoholic riverboat captain is convinced to use his boat to attack an enemy warship during WWI in Africa. The John Huston-directed film is adapted from CS Forester's novel of the same name.

Humphrey Bogart won the Oscar for Best Actor. The movie was selected for preservation in the United States National Film Registry by the Library of Congress.