Barbie: The Princess & the Popstar 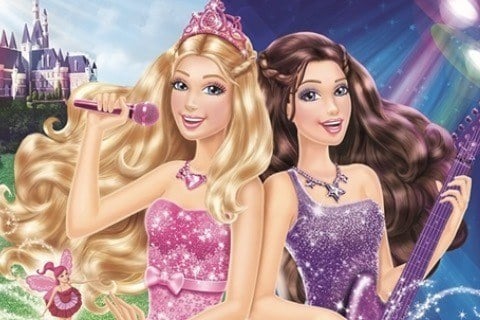 A young princess and her favorite singer trade placed in order to work together to save the realm of Meribella. The movie is the 23rd entry in the Barbie film series and is the second to be based on Mark Twain's The Prince and the Pauper.

The American-Canadian co-production was a direct-to-DVD musical film that was directed by Zeke Norton.

Barbie: The Princess & the Popstar Popularity