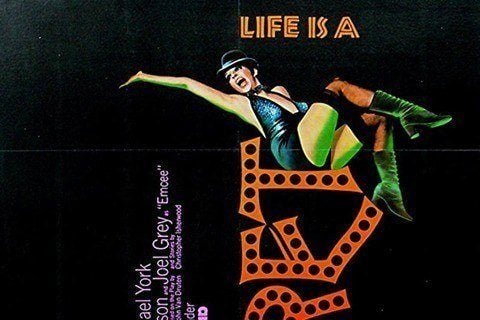 Based on the musical play of the same name, the story focuses on a girlie club entertainer who romances two men while the Nazi party rises to power in Weimar Republic era Berlin, Germany.

It became the record holder for most Oscars earned by a film not honored for Best Picture. It won for Best Director, Best Leading and Supporting Actress, Best Cinematography and four others.