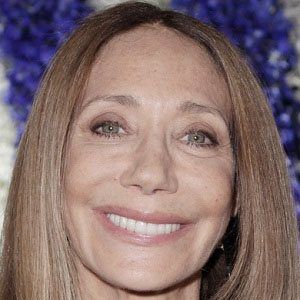 Famous during the 1960s as a fashion model, she went on to pursue an acting career, appearing in Death in Venice (1971) and Barry Lyndon (1975) and earning BAFTA and Golden Globe nominations for her performance in Cabaret (1972).

In her younger years, she quickly rose to prominence as a model and was featured on the cover of Vogue magazine in July of 1970.

Born Vittoria Marisa Schiaparelli Berenson, she grew up in New York City as the daughter of socialite Gogo Schiaparelli and businessman and diplomat Robert Lawrence Berenson. Her first marriage, to James Randall, resulted in a daughter named Starlite Melody Randall; she was later briefly married to Aaron Richard Golub.

Her younger sister, fellow model and actress Berry Berenson, was a passenger on American Airlines Flight 11 and was killed during the 9/11 terrorist attacks. Berry Berenson was the wife of actor Anthony Perkins.

Marisa Berenson Is A Member Of