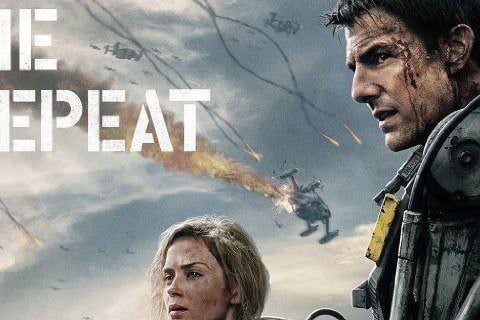 With Earth under alien attack, Maj. William Cage must enter battle in a time loop where he is continuously killed and reawakened directly back in battle. As his skills improve, he and a fellow soldier get closer and closer to defeating their enemy.

The story is based on the novel All You Need Is Kill by Hiroshi Sakurazaka. It was nominated for Best Science Fiction Film at the Saturn Awards.