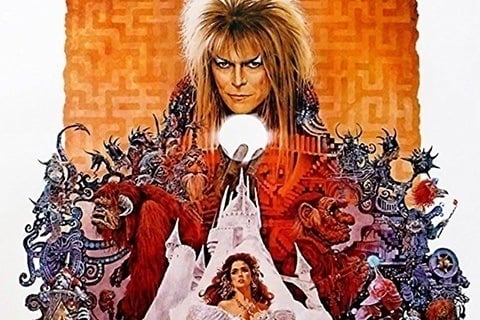 A teenage girl's wish for her baby brother to be taken away is granted by the Goblin King, leaving her only 13 hours to solve a labyrinth to rescue him.

The fantasy adventure musical was directed by Jim Henson and executive-produced by George Lucas. Tokyopop published a four-volume comic sequel to the film called Return to Labyrinth.