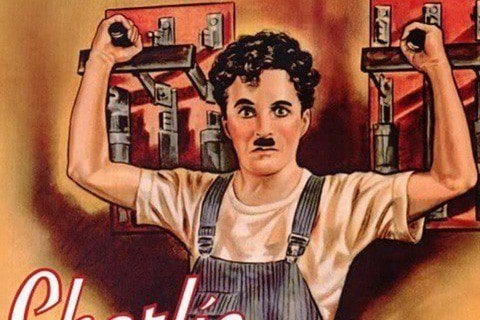 Silent film directed by Charlie Chaplin that follows The Tramp as he struggles to survive in an industrial society. The film was ranked #33 on the 2000 American Film Institute list of the best American comedies, AFI's 100 Years... 100 Laughs.

The fifth feature directed by Chaplin after he began working for United Artists in 1923, it is widely considered one of his most important films. It was added to the National Film Registry in 1989.