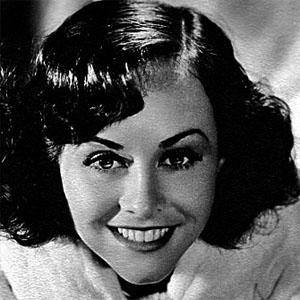 Popular 1940s film actress who was nominated for a Best Supporting Actress Academy Award for her role in So Proudly We Hail.

She started modeling before she was a teenager and worked for Saks Fifth Avenue.

She was married four times, starting at the age of 15.

She was married to popular actor Charlie Chaplin from 1936 to 1942.

Paulette Goddard Is A Member Of