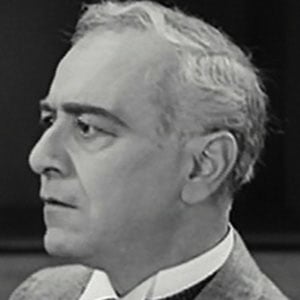 American silent film actor who appeared on screen alongside comedy legend Charlie Chaplin in several of his films including some of Chaplin's most acclaimed movies, City Lights and Modern Times.

He debuted in 1911 appearing in an unprecedented 11 films in that year alone. He followed that year with a 28 film 1912.

Two of his other notable film roles came in The Gold Rush as a prospector and The Circus as the circus proprietor and ring master.

He was born in San Francisco, California and died in Los Angeles, California.

He appeared in another Chaplin picture called The Idle Class which also featured Edna Purviance as well.

Al Ernest Garcia Is A Member Of