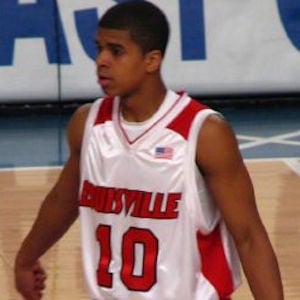 Professional basketball player who graduated from the University of Louisville in 2010. The majority of his professional career has taken place in Italy, where he was the Italian Serie A Champion in 2015 with Dinamo Sassari.

He was a High School All-American at Rice High School. He played in 140 games in four seasons at Louisville, averaging just under 10 points per game.

He has participated in summer leagues with the Detroit Pistons and Sacramento Kings, as well as one preseason game with the Atlanta Hawks.

He and his older brothers, Edward and Erick, were raised by their mother Maritza Ramirez.

He and Earl Clark were teammates while at Louisville.

Edgar Sosa Is A Member Of