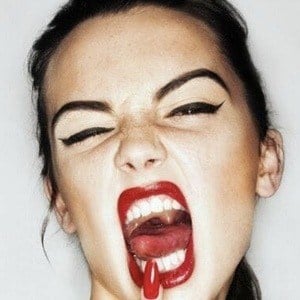 Social media sensation whose best known as La Princesilla (aka Princess) for her dark humor and unconventional posts on Instagram.

She first became widely known on Vine with over 400,000 loops and counting.

Her real name is Arlyn. She's originally from Mexico.

She shared several negative political posts when Donald Trump was elected president in 2016.

La_Princesilla Is A Member Of