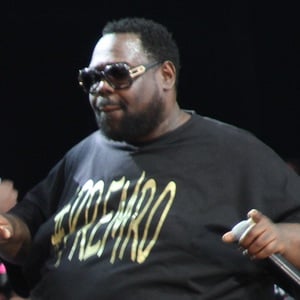 Rapper known for his frequent collaborations with fellow hip-hop artist MJG. Prominent album releases for the duo include On the Outside Looking In (1994), Living Legends (2004), and Ten Toes Down (2010).

He initially met his rap partner MJG while both were students at Ridgeway Middle School in Memphis, Tennessee in 1984. He and MJG then released the 1991 underground album Listen to the Lyrics.

He was born Premro Smith, and raised in Memphis, Tennessee.

8Ball Is A Member Of