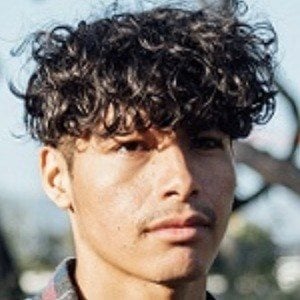 Singer, songwriter and producer whose unique style of R&B can be heard on such tracks as "Cuánto," "Perdóname" and "To the Light." He has performed at festivals like Day N Nite and worked with big name producers like Count Justice.

He began living in Queens, New York at age 4. He started making beats with a friend at the Boys & Girls Club when he was 12 years old.

Pigeons & Planes named him as one of the best new artists of 2015.

His real name is Alejandro Chal. His parents are from Peru.

A.CHAL Is A Member Of