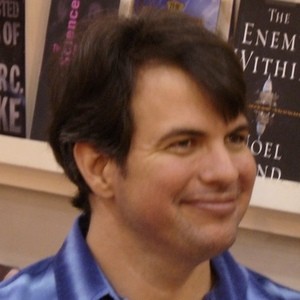 Notable for science fiction and fantasy novels such as Chasing the Moon (2011) and Emperor Mollusk Versus The Sinister Brain (2012), Martinez received the Alex Award for his debut young adult work, Gil's All Fright Diner (2005).

Before beginning his writing career, he attended Gadsden High School in New Mexico.

His short stories include "Night Omnipotent" and a three-part piece titled "Cranky Dead."

He was raised in El Paso, Texas, and Anthony, New Mexico.

He and Chronicles of Vladimir Tod author Heather Brewer are both known for their works of young adult fantasy fiction.

A Lee Martinez Is A Member Of