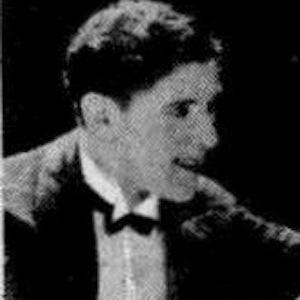 He debuted in 1914 for the film Tillie's Punctured Romance as a Keystone Cop.

His directorial break through film was called Behind the Front which established him as a comedic director.

He was married five times including an unhappy marriage to Louise Brooks.

During the sound era, he directed the John Barrymore vehicle The Invisible Woman.

A Edward Sutherland Is A Member Of