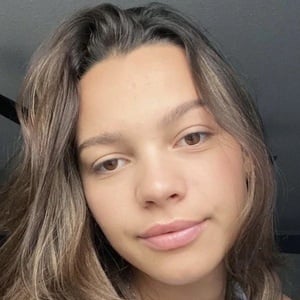 Social media star who first gained fame on Vine under the name Princess Aaliyah. Her brother is pop star Shawn Mendes. Shawn got a tattoo for his little sister in LA in 2020.

She first created her Vine account in July on 2013, accumulating more than 175,000 followers in one year.

Both she and her brother have a lazy eye. She has gained a following of over 700,000 on her aaliyahmendess TikTok account by posting lip-sync videos. In one of her most popular TikTok videos she mouths along to Lil Uzi Vert's song "SideLine Watching".

She was born and raised in Toronto, Ontario, Canada. Her parents are named Karen and Manuel Mendes.

Aaliyah Mendes Is A Member Of