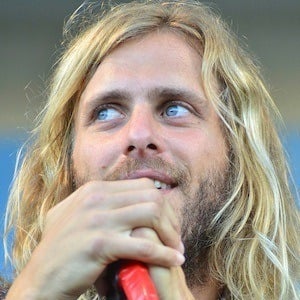 American rock singer associated with several groups: Awolnation, Home Town Hero, Under the Influence of Giants, and other bands.

He first performed with the band, Insurgence, providing vocals for their 1999 album, Let's Rock.

His alternative rock song, "Sail," was Platinum-certified in the United States following its 2011 release.

He was raised in Los Angeles, California. He and his wife married in 2015.

He is joined by drummer Isaac Carpenter in Awolnation.

Aaron Bruno Is A Member Of