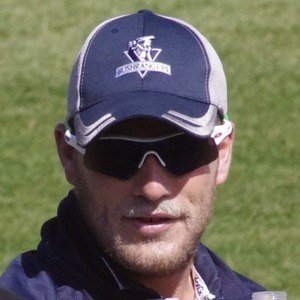 Top-order batsman who has represented Australia internationally at events like the 2014 ICC World Twenty20 and 2015 Cricket World Cup. In 2012, he was named Big Bash League Player of the Year while captaining the Melbourne Renegades.

He was born in Colac, Victoria and made his domestic cricket debut with Victoria in 2007.

In August 2013, he set the record for the highest innings in a Twenty20 International match with 156.

He has a sister named Jess and a brother named Mat.

He played alongside right-handed batsman George Bailey at the 2015 Cricket World Cup.

Aaron Finch Is A Member Of