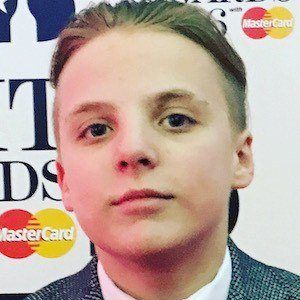 British singer who has covered the likes of Ed Sheeran and Bruno Mars for his YouTube account. He has also toured throughout the U.K. playing in venues such as the Birmingham Hippodrome and the Kensington Roof Gardens, opening for such acts as Bars & Melody and Union J.

He wrote his first song when he was 12 called "Wish You Hadn't Gone".

He performed at Jimmy's Farm Festival in 2015. He toured Europe with German pop star Lukas Rieger. He made his film debut in the 2017 feature Dangerous Game.

Aaron Floyd Is A Member Of