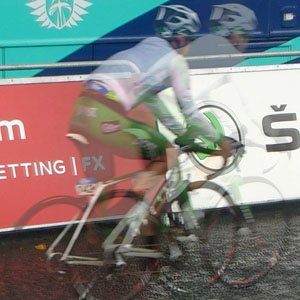 New Zealand cyclist who won a bronze medal at the 2012 Summer Olympics in the team pursuit event.

He began his professional career in 2010.

He won bronze at the 2012 World Championships in Melbourne.

He is a contemporary of American cyclist Lance Armstrong.

Aaron Gate Is A Member Of