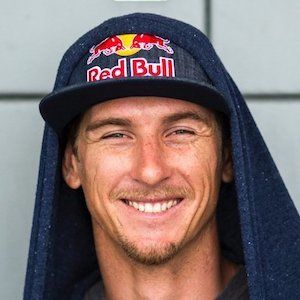 Professional kiteboarder who has dominated the competition, winning five straight Pro Kiteboard Riders' Association World Championships from 2004 to 2008. He is also notable for becoming the first rider ever to win multiple King of the Air titles.

He first got exposed to kiteboarding during a family vacation to Cabarete in the summer of 2000.

He is one of the stars of the feature-length kiteboarding film The Bubble (2017).

His father was also a kiteboarder.

He and Nuria Goma are two of the world's most famous kiteboarders.

Aaron Hadlow Is A Member Of