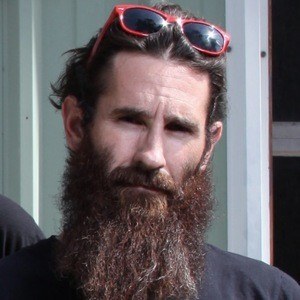 Best known as a member of the Gas Monkey Garage team, featured on the Discovery Channel series Fast N' Loud. He is a self-taught mechanic who grew up taking things apart and putting them back together. He announced his departure from Gas Monkey in 2017.

He met his partner Richard Ray Rawlings when Richard went in to the local car shop that Aaron was working in.

He participated in a motorcycle build-off at Orange County Choppers, finishing in second place.

He is from Crowley, Texas. He began dating Lauren Moore in 2015.

He and Richard Ray Rawlings are the featured cast members on Fast N' Loud.

Aaron Kaufman Is A Member Of