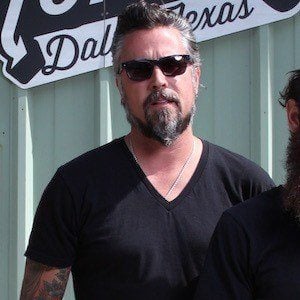 Owner of Gas Monkey Garage and star of the Discovery Channel series Fast N' Loud, he is a car enthusiast who bought his first car, a green '74 Mercury Comet, when he was only 14 years old.

He served as a firefighter, police officer, and paramedic before building a printing and advertising company from the ground up. He eventually sold the company to fund Gas Monkey Garage.

He set a world record for the cannonball run, a road trip covering 2,811 miles from New York to Los Angeles, by finishing the drive in 31 hours and 59 minutes and averaging 87.6 miles per hour.

His dad was a major influence in his passion for cars and had to work two or three jobs just so he could afford a car or motorcycle of his own. He married a woman named Suzanne in 1999 and, after being divorced for six years, they remarried in 2015.

He and Paul Teutul both hosted reality series on the Discovery Channel.

Richard Ray Rawlings Is A Member Of