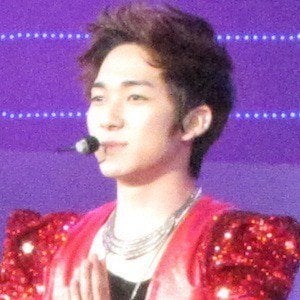 American-born Korean pop star known for being a part of the South Korean boy band NU'EST, where he's served as the lead dancer and rapper. He goes by the mononym Aron.

He, along with his future bandmates, was a backup dancer for After School.

He's hosted a show called Aron's Hangout on SBS PopAsia. He has more than 850,000 followers on Instagram.

Unlike his naive-South Korean bandmates, he was born in Los Angeles, California. He has a younger sister named Hannah.

He's performed with Hwang Min-hyun as part of NU'EST.

Aaron Kwak Is A Member Of