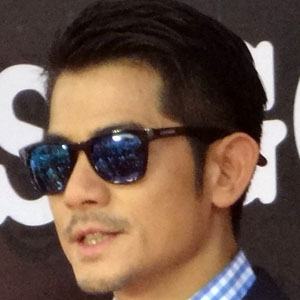 Chinese pop vocalist and dancer known for his Michael Jackson-influenced style of dancing. He won a Top Ten Hong Kong Dance Award and an Asia Pacific Most Popular Artist Award.

After graduating from St. Joseph's College, he worked at the King Fook Gold & Jewellery Company.

He appeared in 1996 in a TVB series called Wars of Bribery.

He was raised in Hong Kong by a gold merchant father. He began dating model and actress Lynn Hung.

Janet Jackson collaborated with him on the song "Ask For More," which was used for a Pepsi campaign.

Aaron Kwok Is A Member Of