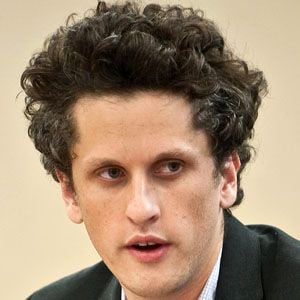 Entrepreneur who became co-founder and CEO of the Box cloud computing company.

He left the University of Southern California's Marshall School of Business in 2005 to found the Box company.

He was recognized by Fast Company, Inc. Magazine, The Silicon Valley/San Jose Business Journal, and The Churchill Club as one of the most important entrepreneurs of his generation.

He was born in Seattle, Washington, to Karyn and Ben Levie, and he attended Mercer Island High School.

His Box enterprise was initially funded by Texas entrepreneur and billionaire Mark Cuban.

Aaron Levie Is A Member Of