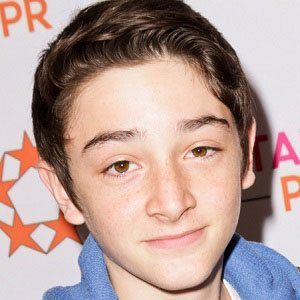 Actor most famous for his television roles, including Cliff Weston on Sons of Anarchy and Morgan Corinthos on General Hospital. He has also appeared in films like 2009's Opposite Day and stage productions like Seance on a Wet Afternoon.

He made his screen acting debut as Billy in the 2007 short film Rockabye.

He is also a musician who has performed as a member of the bands Hollywood Hipstars, Boyz Crew and Sonic Trilogy.

He appeared alongside fellow child actor Dylan Cash in Opposite Day as well as General Hospital.

Aaron Refvem Is A Member Of