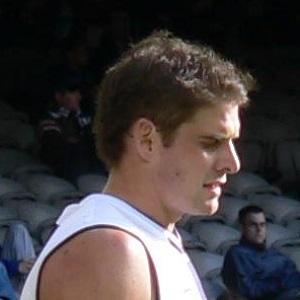 33rd overall pick by Fremantle in the 2002 draft, he was named to the All-Australian team three times in consecutive years from 2008-2010. His position is listed as ruckman.

Upon being drafted by Fremantle, he first played with East Fremantle before being called up to senior level.

He was nominated as an Australian Football League Rising Star in 2003.

He grew up in Mount Barker in Western Australia.

Aaron Sandilands Is A Member Of