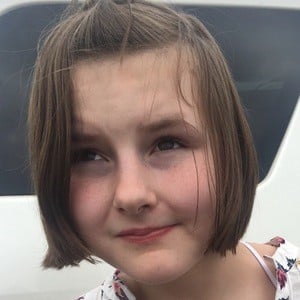 YouTube star who has appeared on her family's YouTube channel, FatheringAutism. The channel features videos of joy, struggles, and funny moments, focusing on autism and breaking the stigma surrounding it. The channel has earned over 600,000 subscribers and 204 million views to-date.

The family started their channel in October 2010 when she was barely five years old.

She is the younger sibling and her achievements are a frequent topic of the family vlogs.

She was born to parents Asa and Priscilla. Her brother is Isaiah.

Sophie Conder and Jules LeBlanc have also starred in their family's YouTube videos.

Abbie Maass Is A Member Of