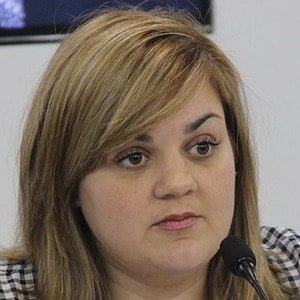 Former Planned Parenthood employee who became a prominent anti-abortion activist after resigning in 2009. She later became the head of the anti-abortion organization And Then There Were None and published books like 2011's Unplanned.

She graduated from Rockdale High School in Rockdale, Texas. She later earned a B.S. in Psychology from Texas A&M University.

She has stated that she resigned from Planned Parenthood after watching an abortion on ultrasound. She had two abortions herself before giving birth to her daughter.

She has been based in Texas with her husband Dough and their children.

She and Nellie Gray are both well-known anti-abortion activists.

Abby Johnson Is A Member Of