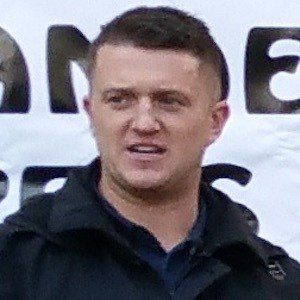 Known for having co-founded and led the English Defence League (EDL) street protest movement. He served as leader between 2009 and 2013.

He was awarded a scholarship to study aircraft engineering at Luton Airport in 2003. He first joined the British National Party in 2004.

He served as co-vice chairman of the British Freedom Party for a time in 2012. He delivered a controversial speech to the Oxford Union debating club in November 2014.

He married in 2011, and has fathered three children.

He has been interviewed about his work with the EDL by Andrew Neil.

Tommy Robinson Is A Member Of