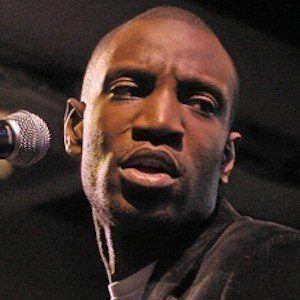 French-Congolese rapper and spoken word artist who made a name for himself as a member of the rap group New African Poets, who released three albums in the 90's. He later emerged as a solo artist with albums like 2006's Gibraltar.

He spent much of his early childhood in the Congo. As a teenager, he was involved in petty crime but immersed himself in reading to distract himself from a criminal lifestyle.

He took his stage name after converting to Islam in 1999.

His real name is Régis Fayette-Mikano. He married singer Wallen, with whom he had a child in 1998.

Abd Al Malik Is A Member Of