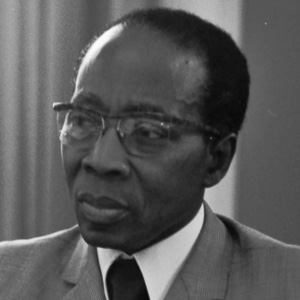 Politician, intellectual and celebrated poet who served as the first Senegalese president from 1960 until 1980.

He studied at the Sorbonne and the University of Paris and later served as a private in the French Army.

He survived a 1967 assassination attempt and he founded the political party, the Senegalese Democratic Bloc.

He married twice and had three sons between his marriages to Ginette Eboue and Colette Hubert.

He was the first African to become a member of the Academie Francaise, a French language and cultural organization to which author Victor Hugo also belonged.

Leopold Sedar Senghor Is A Member Of