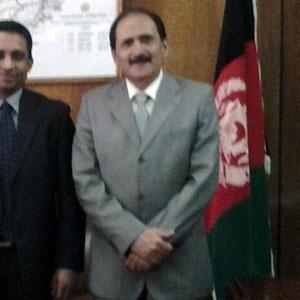 He earned a scholarship to study film and television in Bulgaria.

His father was Mohammad Amin Nazari.

He and astronaut Abdul Ahad Mohmand both attended universities in Kabul.

Abdul Wahid Nazari Is A Member Of