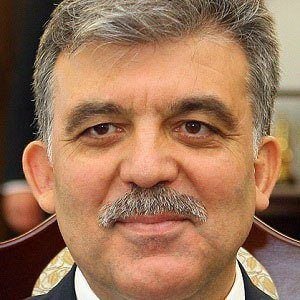 He earned a PhD in Economics from Istanbul University and later received a law degree from the University of Dhaka.

He began serving in the Turkish Parliament in 1991.

His 1980 marriage to Hayrunnisa Gul produced two sons and one daughter.

Abdullah Gul Is A Member Of