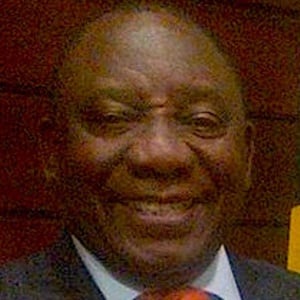 South African politician who is recognized for having been elected president in 2018. He rose through the political landscape as an anti-apartheid activist, trade union leader, and businessman.

After obtaining a law degree he joined the Council of Unions of South Africa's legal department.

He was married to Tshepo Motsepe in 1996.

Both he and Nelson Mandela served as the President of South Africa.

Cyril Ramaphosa Is A Member Of