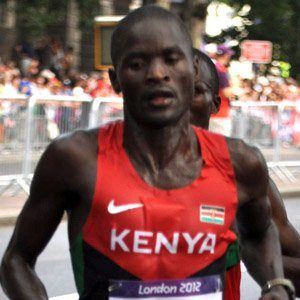 Long-distance runner who won the silver medal for Kenya in the 2012 Olympic marathon; also won gold in the marathon at the 2009 and 2011 World Championships.

He married Stella Jemeli and had a son with her in 2008.

When London Marathon defending champion and fellow Kenyan Sammy Wanjiru wasn't able to race, Kirui sought to keep the title in the country but came in fifth.

Abel Kirui Is A Member Of