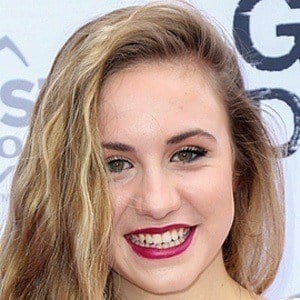 She wrote her first song at the age of six and began taking piano lessons by age nine.

In May of 2017, she released a self titled EP through Dream Records.

She is the daughter of Troy Joseph Duhon and Tracy Cheramie Duhon.

She was cast in the film God's Not Dead, which starred Kevin Sorbo.

Abigail Duhon Is A Member Of