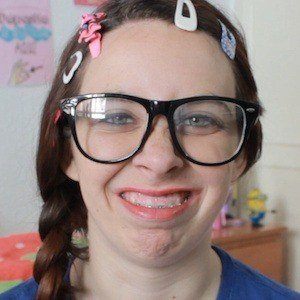 Spanish YouTuber who is best known for her online persona Adelita Power. She posts vlogs and videos in character to her channel AdelitaPower.

She created her YouTube channel in 2012 and began posting videos to it in 2013.

She has over 380,000 subscribers to her YouTube channel. She also has a side channel, Abi Power.

She is from Madrid, Spain and moved in with another Spanish YouTuber, Juanmasaurus.

Like Colleen Ballinger's fictional persona Miranda Sings, Adelita Power was created by Abigail and has amassed a large online following.

Abigail Frias Is A Member Of