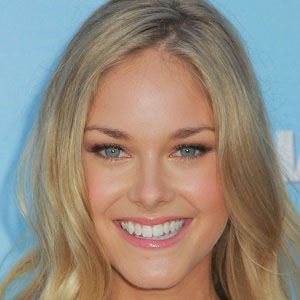 Actress and former Dallas Cowboys cheerleader, she landed roles in the CW's 90210 in 2011 and Michael Bay's 2014 action flick Transformers: Age of Extinction.

She began dancing at the age of nine. She became a cheerleader for the Dallas Cowboys in 2007 after she graduated high school.

She said that she had never known how meaning full being part of the cheerleading squad would be, because she was able to do so much charity work. When she moved to Los Angeles to pursue an acting career in 2010 she adopted a new cause: world poverty and the organization Global Citizen.

She became engaged in 2015 by the Sea To Sky Gondola in Squamish, Canada. She and her fiance had been dating since 2012.

She said she would love to work with Betty White some day, calling her "charming and talented."

Abigail Klein Is A Member Of