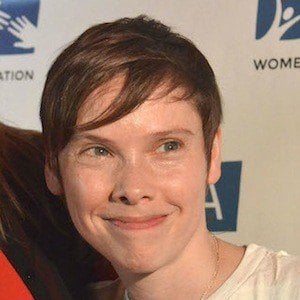 Well known for her time portraying Gina Murphy in the Netflix original series Orange Is the New Black. She previously earned credits in films including Precious and Time Out of Mind.

She began her career working in various parts of the film and TV industry around 2000.

Other than acting, she has a long career working in the sound department on projects as a sound designer, foley editor, and sound editor.

She and her wife became the parents of a daughter.

She originally auditioned to be Alex in Orange is the New Black, a role which went to Laura Prepon.

Abigail Savage Is A Member Of