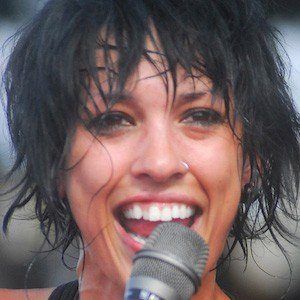 Singer and guitarist who began fronting the rock band Sick of Sarah in 2005. She and the band have won acclaim for albums like 2010's 2205 and have toured as a supporting act for artists like Susanna Hoffs.

She moved to Okinawa, Japan at nine months old and got her start playing drums before switching to guitar. After graduating from high school, she moved to Minneapolis, Minnesota.

Her band has the distinction of being one of the most torrented bands of all time, having been featured on the BitTorrent Artist Spotlight.

Her older brother bought her her first guitar.

Her band has received praise from rock legends like Heart's Nancy Wilson.

Abisha Uhl Is A Member Of