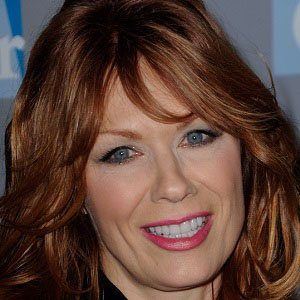 Singer, songwriter and guitarist for the popular 1970s rock band Heart alongside her sister Ann Wilson. Known for the hit songs "Magic Man" and "Barracuda," Heart was inducted into the Rock and Roll Hall of Fame in 2013.

After seeing the Beatles perform on the Ed Sullivan Show, she was inspired to start her own band, The Viewpoints.

Heart's 1985 self-titled album, their eighth release, was their first to reach #1 on the Billboard 200 chart.

She was married to director Cameron Crowe from 1986 to 2010 and in 2012, she married Geoff Bywater. In 2000, she and Cameron welcomed a pair of twin boys via surrogacy, named William and Curtis.

In the mid-late 1970s, she toured with both Rod Stewart and ZZ Top.

Nancy Wilson Is A Member Of