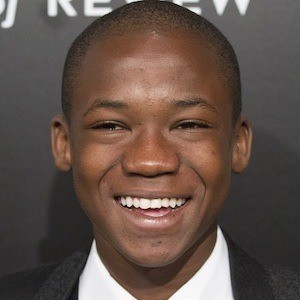 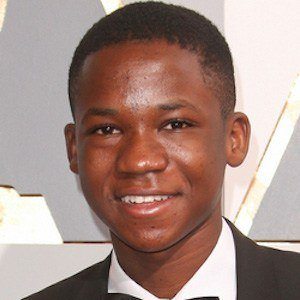 Rising actor known for his captivating debut performance in the Netflix original film Beasts of No Nation alongside Idris Elba. He was cast in a film called The Modern Ocean shortly following the release of the Netflix film.

He had no film experience and was basically a street vendor when director Cary Fukunaga found him on the streets of Ghana.

For his role as Agu in Beasts of No Nation, he was honored at the 72nd Venice International Film Festival with the Marcello Mastroianni's Best Young Actor Award. Additional accolades include Best Male Lead at the Independent Spirit Awards, and nominations by the Critics' Choice Movie Awards, Screen Actors Guild Awards and NAACP Image Awards, among others.

He was born in Ghana.

He and Jacob Tremblay presented the award for Best Live Action Short Film at the 2016 Academy Awards together.

Abraham Attah Is A Member Of