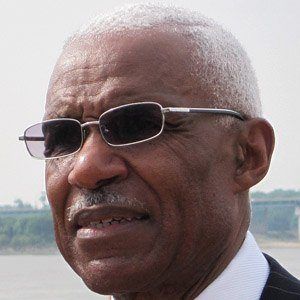 After serving as the first African American Mayor of Shelby County, this Tennessee Democrat took office as Mayor of Memphis in 2009. He held membership in the Mayors Against Illegal Guns Coalition and was recognized by the U.S. Chamber of Commerce Foundation for his work on crime prevention and economic development.

After earning a degree in political science from Tennessee State University, he attended law school at the University of Mississippi and subsequently began a nearly three-decade-long college teaching career.

The Tennessee Department of Conservation and the United States Environmental Protection Agency both sued him in federal court in 2010 for acting in violation of both the Tennessee Water Quality Control Act and the federal Clean Water Act.

He and his lawyer wife, Ruby, raised three biological and three adopted sons.

He and E.H. Crump both held office, nearly a century apart, as Mayor of Memphis, Tennessee.

AC Wharton Jr. Is A Member Of