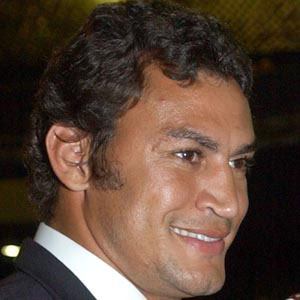 He won a silver medal as an amateur at the Pan American Games in 1995 in Mar del Plata.

He became a member of the Brazilian Republican Party and was named Secretary of Sports in Salvador.

He beat Joel Casamayor to take the WBA Super Featherweight title on Juanary 12, 2002.

Acelino Freitas Is A Member Of